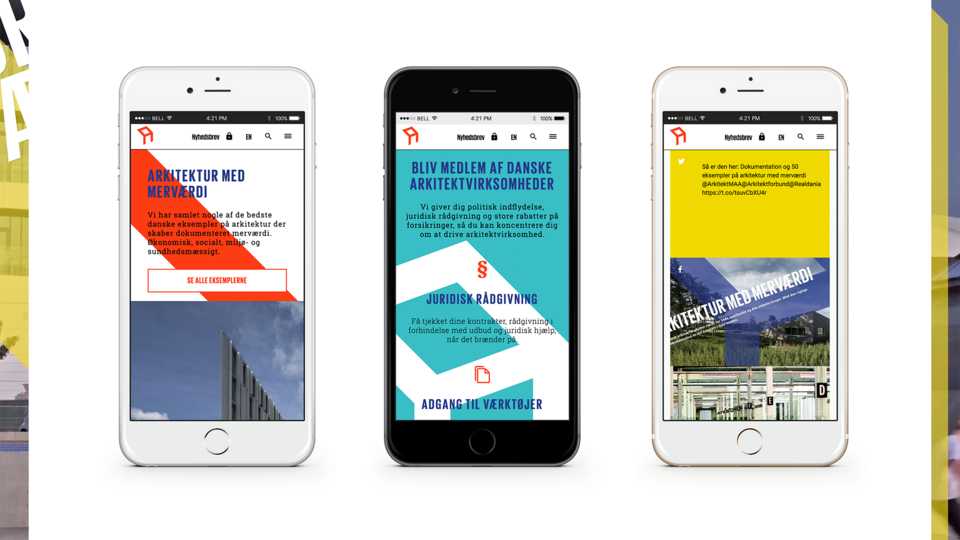 Yesterday, the Danish Drupal Awards 2017 were held in Copenhagen. FFW won gold awards in multiple categories, including Best Design and Best Website, which were awarded for work done on www.danskeark.dk, the primary online portal for the Danish Association of Architectural firms. The Danish Drupal Association is the jury behind the awards, with its members being representatives from a number of Danish Drupal agencies.

“FFW is honored to be recognized with awards in these top two categories. It is a testament to our belief that a successful digital solution depends on its usability and overall user experience, guided by a digital strategy and brought to life through an uncompromising technical implementation.” - Martin Kristensen, COO of FFW Denmark.

Site of the year: A site that puts the user at the center of every interaction

The Danske Ark website, powered by the Drupal 8 platform, delivers a smooth user experience and creates a visually appealing digital space that invites the user to learn more about Danish architectural firms and their work. We are honored that our colleagues and peers at other Drupal agencies in Denmark voted to recognize this site as the Best Website of the year. This is FFW’s second year in a row winning the award: in 2016,FFW was proud to receive the Best Website award for www.superliga.dk, the site for Denmark’s professional soccer league.

Our clients are our partners in everything we do and the organization behind this site, the Danish Association of Architectural Firms, is no exception.

Our collaboration on danskeark.dk began with a process to develop a strategy to determine what, and to whom, the site should communicate. This consulting process resulted in a recommendation to better align the visual identity of the association with the values that like at its core.

Our sister company BystedFFW joined the effort and together our teams created a new visual identity that would represent the set of values for which the Danish Association of Architectural Firms stands. This included crafting a fully updated brand identity, including a new logo and the digital style guide which informed the website redesign.

We are very happy about the cooperation with the Danish Association of Architectural Firms and proud that this resulted in gold awards at the Danish Drupal Awards.

Visit the site at: www.danskeark.dk