The YMCA of Greater Dayton was having difficulty leveraging its digital platform to serve its community. Their existing site was difficult to edit and maintain for YMCA staff, who struggled with changing and updating pages as needed.

The complexity of the many group and program offerings meant that specific information (such as group exercise schedules) could be nearly impossible for visitors to find. A large number (over 63%) of their visitors were coming to the old site on their mobile devices. Unfortunately, the entire site was not laid out responsively, making it difficult to use on a smartphone. The eCommerce experience was difficult to navigate on both smartphones and desktop computers, which was affecting the YMCA of Dayton’s conversion goals.

These problems, plus persistent low page speeds, left the YMCA of Greater Dayton searching for a new solution. The team knew they wanted to use and contribute to an open source solution, so they selected the Open Y platform.

Pioneered by the YMCA of Greater Twin Cities and built by FFW, Open Y is a Drupal 8 distribution that allows any YMCA, anywhere, to download the distribution, set it up for their organization, and share any custom code or improvements they create. The YMCA of Greater Dayton contracted FFW to help set up the platform and make specific customizations that Dayton could then contribute back to the project.

We selected FFW because of their work with other YMCAs around the country. We knew that they were a highly experienced and capable design and technology firm but more importantly, we knew that they understood our mission and our focus.David Thompson, Group Vice-President, YMCA OF GREATER DAYTON

Designing a platform for community growth

Greater Dayton wanted a site that was easy to edit, would allow content creators a granular level control over the appearance of each page, while still preserving design integrity. FFW adapted the Open Y distribution to add component based atomic design functionality.

As part of the content and design work, FFW created numerous page templates with adjustable components. FFW’s team began with wireframes and mockups and worked with the Dayton team to construct a solid content strategy that would inform the layout and display of information on the site.

The end result was a flexible, adjustable design that would allow content creators to move items around on each page, update individual blocks and components, spin up new landing pages, and edit content painlessly.

Because the new site’s structure was simplified to offer a better user experience, and because the content had been structured in a completely new way, FFW and Greater Dayton worked together to migrate the content from the old site. All old content was mapped to the new site, and aligned to the Open Y structure. As part of this project, FFW also trained the YMCA of Greater Dayton staff and provided thorough documentation to help them make the very most of their new site.

Additionally, The YMCA of Greater Dayton needed several data-specific integrations that weren’t previously included in Open Y. FFW crafted integrations for their preferred tools, including Daxko and Kimbia. Google Analytics was seamlessly transferred from the old site to the new site which gave consistent insight and tracking, and the YMCA of Dayton made a point of contributing their new code back to the Open Y project, so that other YMCAs could benefit from the work they had done.

Lastly, the shopping experience was overhauled so that users could more easily purchase memberships and lessons online. The YMCA of Greater Dayton uses Daxko as their eCommerce and membership management platform, and previously, users were required to either exit the Dayton site entirely, or navigate an iFrame to make a purchase. FFW streamlined the shopping experience with Daxko, so that customers can easily make selections and check out on the YMCA site, no matter which device they’re using.

The YMCA of Greater Dayton team is happy with their new, beautiful, responsive website. The new design is modern and customizable, and contributes to a far more streamlined site structure. A vastly improved user experience and user journey has led to a dramatic increase in conversions, and has helped the YMCA of Greater Dayton better serve its community. 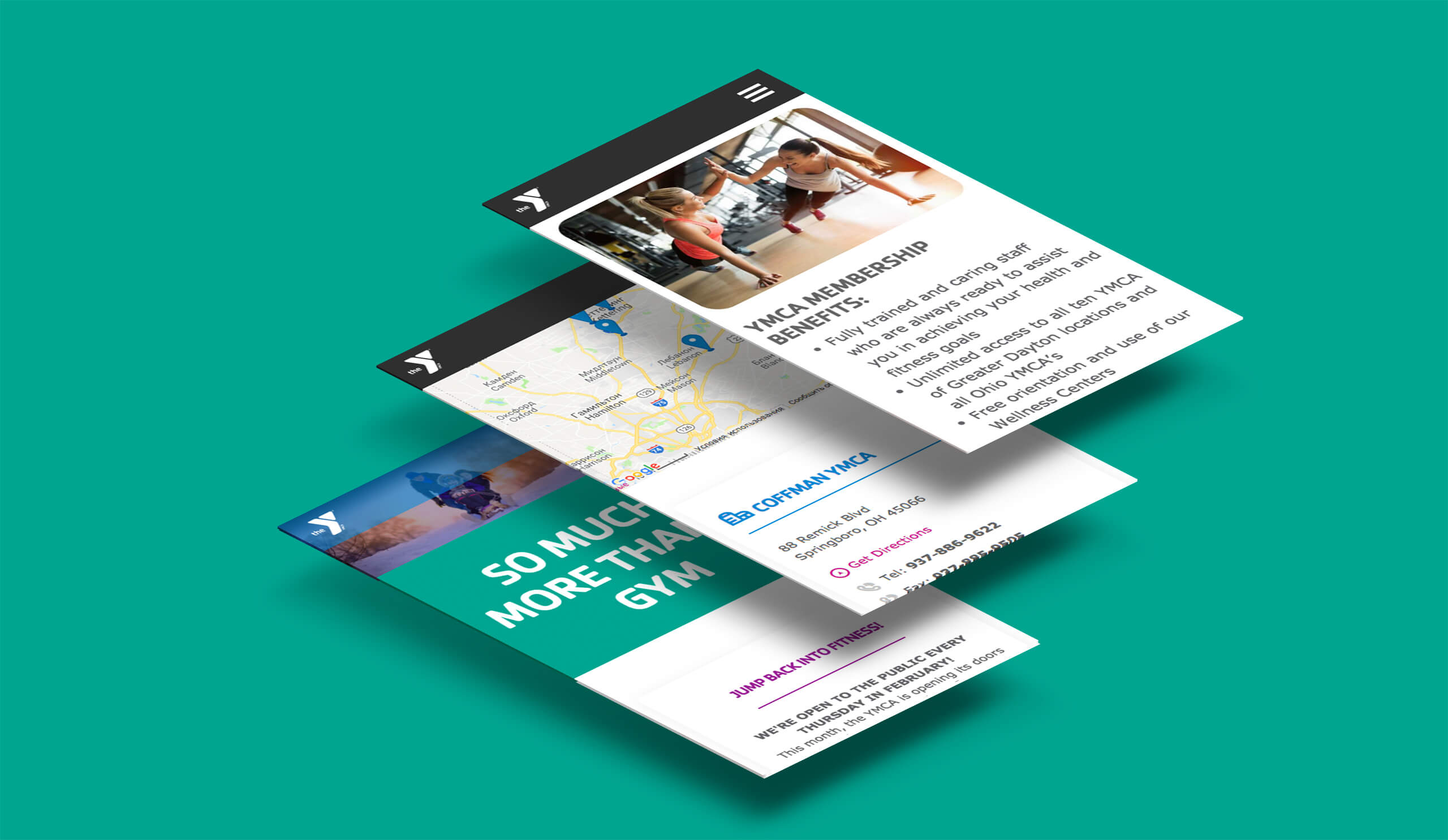 Since the site launch and in looking at the same time in the previous year, YMCA of Greater Dayton has seen the following results:

YMCA of Greater Dayton is excited to continue its involvement with Open Y. As the platform expands, we’re looking forward to being able to add new capabilities, such as translation functionality. The team is also eager to continue contributing back to the project, and hopes to further refine their shopping cart experience so that other YMCAs can improve their own eCommerce functionalities.

The boldest plans start with a simple conversation