911memorial.org supports the National September 11 Memorial & Museum and honors the victims of the attacks on the World Trade Center.

When FFW learned we were going to rebuild the 9/11 Memorial site, everything at our offices stopped. The responsibility of creating a worldwide online destination that conveyed the memorial’s message and purpose was daunting, but we were up to the challenge. We knew a Drupal site that was reliable, fast, and secure would provide the right digital solutions for this challenge.

As the 10-year anniversary of the attacks on 9/11/01 approached, the National September 11 Memorial & Museum needed a newer, faster, and more efficient site to handle the heavy traffic loads. The original site was a loosely connected assortment of independent applications including a storefront, blog, and donation pages. The new site needed a single integrated application to increase speed and efficiency and to withstand huge spikes in traffic. Accessibility across multiple mobile computing platforms was important as well to make content available and encourage donations on a variety of devices. The National September 11 Memorial & Museum wanted the site to encourage support and donations for the organization’s programming, and they felt that security and speed were a priority. We knew we had to expand Drupal’s standard capabilities.

FFW implemented a rapid, lightweight theme that assisted visitors seeking comfort and supported the memorial’s mission of paying homage to the lives lost in the attack. We looked beyond Drupal’s standard mobile toolkit configuration to help the site function quickly and efficiently during heavy traffic loads, utilizing Javascript-based device detection. FFW developed custom coding for older browsers, multimedia galleries that functioned on mobile devices, and device detection that worked on cached pages. We also created a custom-built mobile integration API to allow visitors to easily find their cobblestones during their visits to the memorial plaza and an easy-to-use administrative control panel so admins could update content, manage donations, manage memberships, and place merchandise orders. 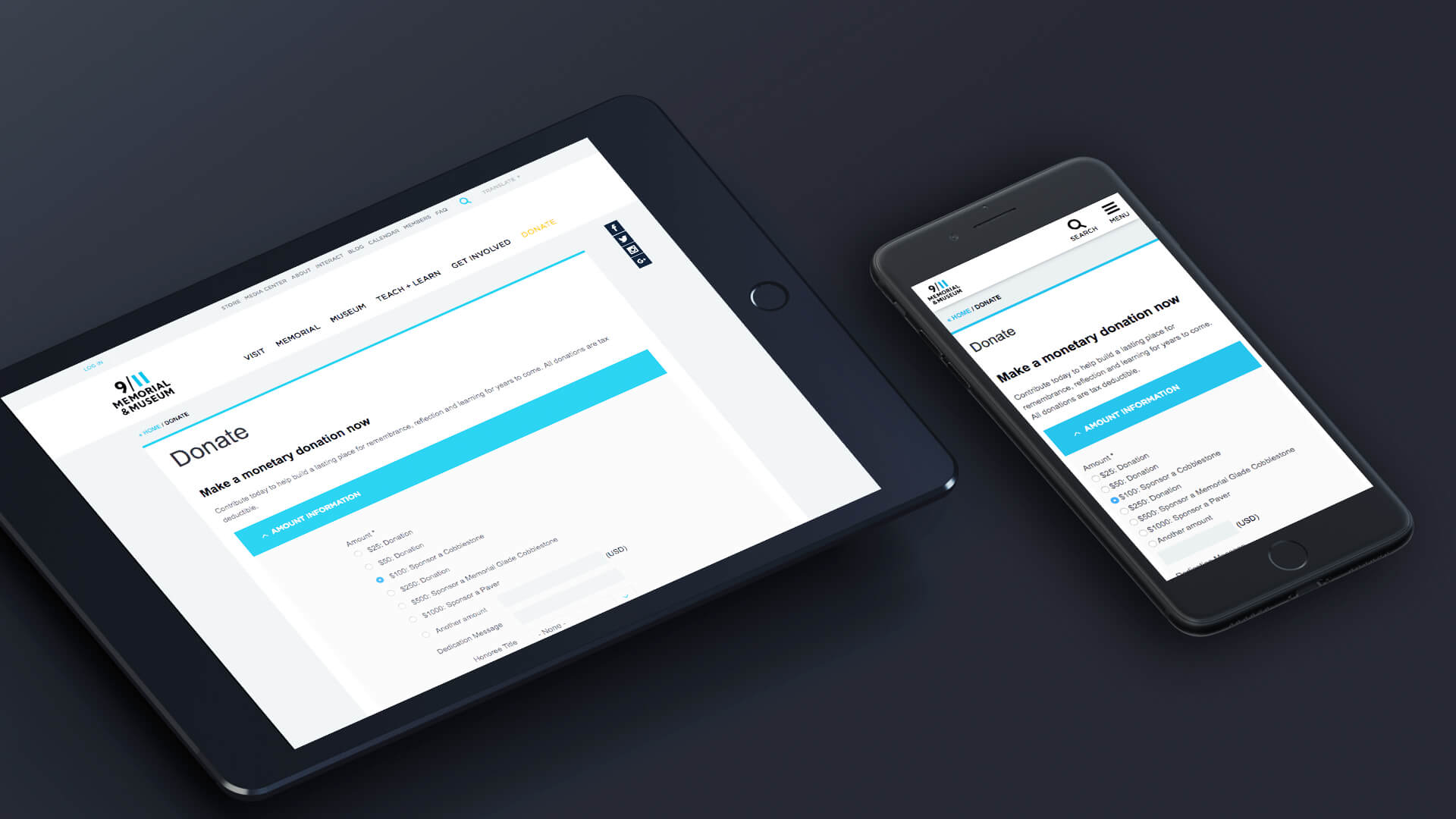 The site was launched at the end of April 2011 and our team thought they would have months of easy testing ahead until 9/11/11. Then news of Osama Bin Laden’s death began to circulate on every news network, and site traffic unexpectedly spiked. FFW was proud to see that in spite of the unanticipated timing, the site functioned without any problems. FFW even helped the organization meet its fundraising goals by building an enhanced set of donor features that integrate Drupal with the industry standard Raisers Edge CRM, a powerful fundraising tool built to ease donor management. Visitors can now purchase their own commemorative cobblestones online, and this implementation has increased the number and frequency of donations. The site is also incredibly visual, featuring screen resolution optimization for phones and tablets and ImageMagick image manipulation.