LUSH, a British cosmetics company, worked with FFW to build a digital space that would inspire the same loyalty that their physical shops enjoyed all around the globe.

LUSH, a British cosmetics company, worked with FFW to build a digital space that would inspire the same loyalty that their physical shops enjoyed all around the globe. LUSH is a vegetarian and vegan beauty and cosmetics company based out of England. The company has a core group of dedicated customers worldwide, most of whom purchase their products at LUSH’s retail shops.

With LUSH’s in-store sales far outweighing those online, LUSH wanted to create a digital experience that would perform scalably and reliably during huge sales while showcasing the best of the LUSH brand. As an ecologically aware, community-focused business, they knew their values aligned well with the values of many open source communities, such as Drupal. And when one of LUSH's partners referred them to FFW, everything clicked.

Massive thanks for all your efforts in getting the project over the line and the late nights - you've been phenomenal throughout. From me and the LUSH development team, thank you. Ryan Kerry - Global Head of Development at LUSH

LUSH runs only one sale each year, which takes place on the British holiday of Boxing Day. In 2014, LUSH’s site was unable to handle the high volume of traffic—such as 12,000 users trying to check out at the same time—and crashed, causing LUSH to miss out on huge online sales profits. This, plus the need for a digital presence that would adequately serve their loyal customer base, led LUSH to seek out a vendor to build a new digital platform that would be capable of serving them every day of the year.

LUSH’s primary concern was to have a site that would be able to handle the heavy traffic loads that come with its sole annual sale. Additionally, because LUSH is a global company, they also asked FFW to deliver a high-availability commerce platform with the ability to spin up local country shops.

LUSH wanted to allow each country to make adjustments and translations to its content, as well as ensuring consistent data flow and business intelligence reporting throughout all instances. 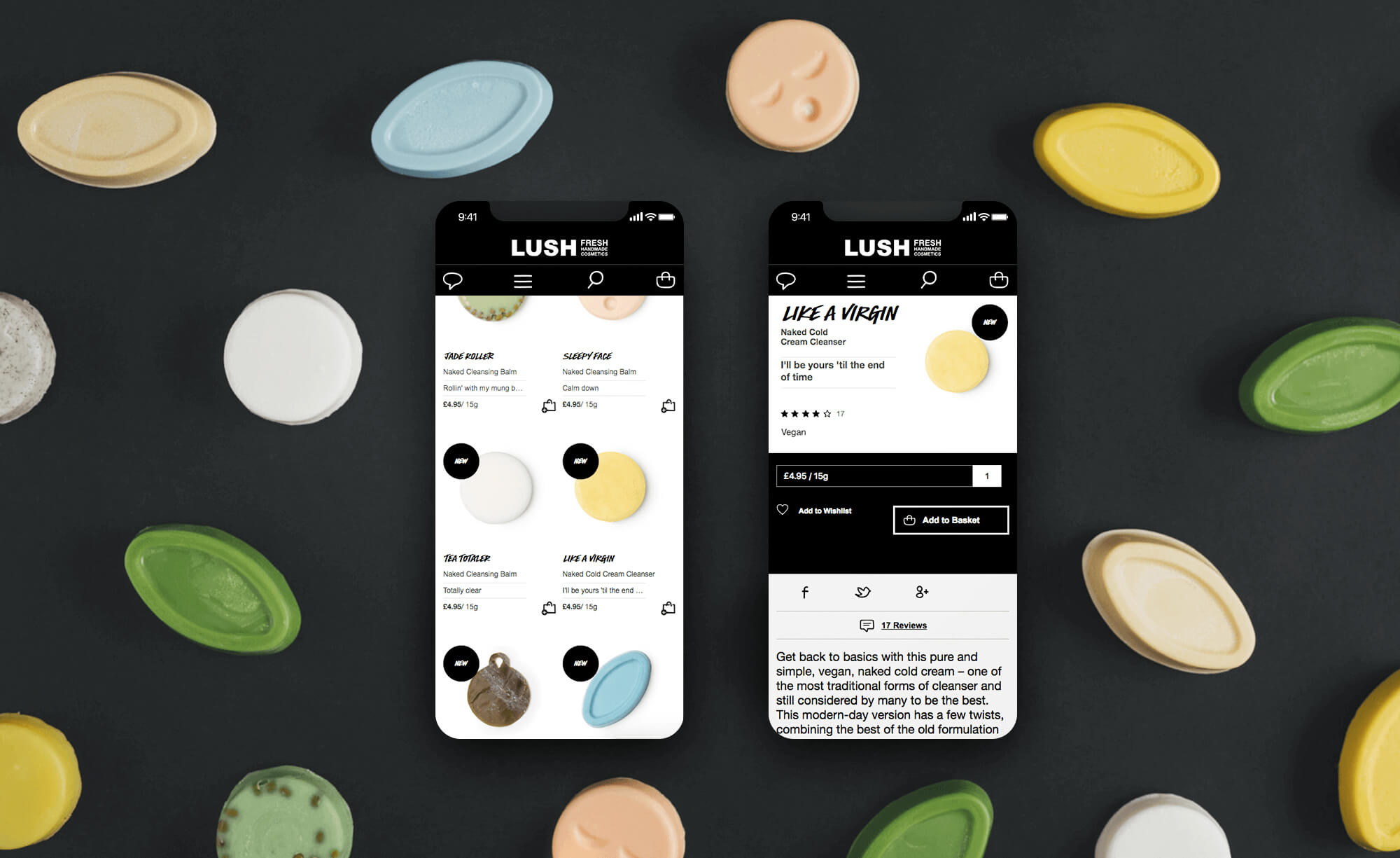 Building a Digital Platform for Web and Mobile

For FFW, the first step was reviewing the code that LUSH currently had, addressing the structure and architecture of the site. From there, it was on to planning and implementing a scalable solution that could handle spikes and surges in traffic.

FFW planned and built a cloud-based digital experience platform to allow users to easily and securely make purchases and payments, across web and mobile devices. A Cloudflare caching layer was implemented to reduce demands on the servers, which helped handle users’ frequent page refreshing for price changes during the sale. A high availability queue system was implemented for synchronization of orders and data between systems, making it easy for users to file and track transactions across devices.

The new platform is considered a truly global platform as it is highly scalable and makes regional localization simple. Different regions are easily able to scale and customize their content. Lingotek and automated translations ensure that all of the content from LUSH’s content repository is available in each region, while plug-in enabled External Payment gateways allow global users to complete transactions easily and securely.

The features and functionality of LUSH’s Android app are of particular note. FFW took LUSH’s existing iOS app and built a version of the experience for Android users that adhered to best practices for Android. The app showcases the full range of products, and allows users to quickly and securely conduct transactions. Additionally, the app allows users to locate the nearest LUSH shop or spa, engage with curated content from across LUSH’s properties, view a vast ingredients database, access exclusive, daily ‘Fresh from the Kitchen’ products, and log into their LUSH accounts to view previous orders.

The mobile work didn’t stop at the Android app, however. FFW significantly expanded LUSH’s Mobile API: previously, it had been hard-coded to support UK-specific use. The FFW team extended the Mobile API to have multilingual functionality, and to support multiple markets’ shipping, currencies, transactions, and to be in compliance with each market’s laws and regulations. This substantially expanded the scope of the Android and iOS app’s availabilities—previously, the iOS app had been functional only for customers in the UK.

It took 8 months, 3,700 Jira tasks, and 25 FFW personnel to complete the project. Numerous stress and load tests were executed to ensure that the platform can handle peak traffic scenarios during the annual Boxing Day sale.

After the launch, the new LUSH website realized dramatic spikes in both web traffic and online sales. Website sessions increased by 75%, digital orders increased by a whopping 64%, and shopping cart abandonment decreased by 16%.

The previous website had been down nearly constantly during the prior three-day Boxing Day sale. The new eCommerce platform built by FFW's development team was able to quadruple the number of orders compared to the previous year. The site had been prepared for the previous year’s traffic, but it received more than double the projected number of hits. After a few modifications by FFW staff who were on standby, the updated site performed beautifully. Ultimately, 90% of all products that were available for discounted purchase online were sold out, and the sale (and digital platform) was declared a success.

The new platform can support up to 100 different markets, and currently supports 17 different countries and their localized sub-sites. Though information is easily shared across different sub-sites and the platforms all work together, the site architecture is built so that each sub-site performs independently of the others—meaning huge surges in traffic from Germany will not disrupt operations in New Zealand. To date, this is one of the largest and most complex Drupal commerce sites in the world, with nine different Drupal profiles working together and exchanging data across this international platform.

LUSH was thrilled with the results: conversion and engagement metrics improved far beyond expectations, and the platform was named an “inspiring mobile commerce website” by Econsultancy.